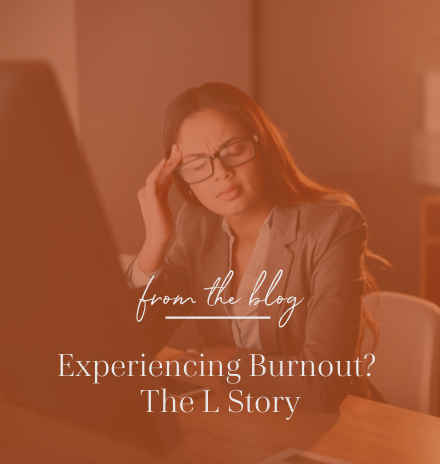 Twenty years ago I was working in the financial world in downtown Chicago. It was a beautiful summer day in Chicago, not a cloud in the sky. I was dressed in my favorite powder blue suit with a Jackie Kennedy flare. I always felt like I was in all my glory when I wore that suit. But as I stepped off the L train that was delivering me to work, I noticed something strange. I couldn’t move. My breath was labored. My breathing was short. I was on the L train platform and could see where I needed to go but I couldn’t move. I was scared and confused — why was my body shutting down?

I later learned that I was overcome with a serious infection. I was put on short-term disability for two months at age 28 to recover. I was humbled.

Up until that point in my life, I was invincible and strong. I had achieved just about everything I was told or believed I should. If there was a group to be led, I led it. If there was a promotion, I got it. If there was an award, I won it. If there was a request by friends, family, or my boss, I fulfilled it. I was raised by a Colonel in the Army and a full-time working mother. I was taught from a young age to work hard for success, and I obliged.

However, on that morning when my body couldn’t move, what was clear to me was that all the pushing, grinding, rule-following, pleasing, performing, and perfecting that seemed to characterize my life to date had taken its toll. I was officially depleted due to the overachieving and working for everyone’s approval but my own. I was burnt out.

As I lay in bed for weeks, waking only long enough to take the pain medicine to put me back to sleep, I knew there had to be a better way.

What I learned during my own struggle is that I hadn’t a clue about how things really worked.

For as long as I could remember I had been working hard to do all the right things for others, but now I realized I didn’t want to get to the end and realize it was the wrong mountain or someone else’s mountain I had climbed. I knew I needed to reset, tune in, and take some leaps.

Not long after that, I recall meeting with a wise woman for several hours. She challenged everything I had previously thought was true. She exposed my deep-seated belief that I was not worthy. She showed me how my thoughts caused suffering.

I’ll never forget that moment after I left. It was unlike any experience I’ve ever had and is hard to describe. I felt a sudden burst of energy and lightness, the sky became colorful and the scenery more vivid. Everything was beautiful. I’ve since learned I was most likely having a moment called satori (sudden enlightenment). This kind of experience happens when you begin to open up to your truth.

It changed the way I approached my work and life and what I wanted to achieve.

I didn’t want another person to suffer like I had, because they didn’t know any other way.

I have told my L story many times to groups, and people always tell me afterward how much hearing that related to them. Many tell me they have an L story of their own. Maybe you do too. Not necessarily when your body shuts down, but when you experienced a setback or struggle so big it knocked you hard.

The struggle is painful. It can be demoralizing and humiliating when you make a mistake, suffer, or become stuck and don’t know where to turn.

It wasn’t until years later that I saw the struggle of that period of my life through a different lens. It was a gift. I had endured it so I could learn from it. Then move on to support others in experiencing their inner game advantage, building their life-changing work and leadership roles, and making a massive difference in the lives of those around them.

My struggle became the catalyst and my “why” behind the work I do today.

When we share our stories of mistakes and struggles we deepen our relationships and workplace bonds.

Through vulnerability, empathy, and compassion we humanize ourselves. When we do this we give others permission to be more of who they are. And a light that was dim becomes bright.

Sharing your story is simple and powerful and lets others know why you do what you do.

It builds stronger relationships with your teams, clients, and those around you.

I encourage you to make time to connect with others and share your story… and you’re likely to hear an amazing story in return.

Want to join the discussion?
Feel free to contribute!

How To Make Work Life Fulfillment A Reality For Women